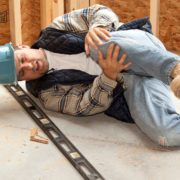 It’s an understatement to say that construction sites are dangerous places. There are countless ways that a bystander can get hurt near one of these places. If you’re minding your own business and not doing anything wrong, an injury you suffer could potentially fall upon the shoulders of the construction company.

Getting compensation, however, requires knowing how to pursue the circumstances of your case and who to hold responsible. That’s why you should call for help from a personal injury attorney if you’re hurt at a construction site, to ensure you get the full compensation you deserve under the law.

Getting Hurt at a Construction Site

Getting hurt at a construction site can occur in a variety of ways. If it happens because you were doing something you shouldn’t, like sneaking through somewhere you’re not supposed to be, it may be difficult to collect damages. If on the other hand, the construction company did something wrong and didn’t fulfill their responsibilities, you may be eligible to collect significant damages for your injuries.

Construction managers and companies have a powerful responsibility, or duty of care, to protect the public from harm given the dangerous nature of what they do. If they violate this responsibility, those who are injured as a result can hold them liable for damages. The kinds of mistakes that can result in such claims include:

Whether your injury is caused by equipment malfunction, tripping, or falling objects, in order to pursue a case, you need to prove that the construction company violated its duty of care to maintain a safe environment for pedestrians and passers-by. You must also prove that this violation or breach of duty was the cause of the harm you suffered.

This also means knowing exactly who was responsible. Someone is generally in charge of safety issues for a site, and it’s important to identify who this person or people is.

Successfully getting compensated when you’re hurt at a construction site involves a great deal of knowledge and experience in pursuing such cases. That means securing the services of a qualified personal injury lawyer. At Schwaba Law, we’ve tackled many such cases and we’re ready to help you as well. Read a bit more about our firm, and give us a call to discuss your case today. There’s no fee for the consult and no obligation. Let’s talk about your case and start on the road to getting justice for your injury. 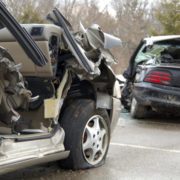 Getting into a car accident is stressful enough. You’re hurt, angry, scared, and you know the other party needs to be held responsible for what’s happened to you. It gets worse, however, when you get your settlement only to find that it’s more than their insurance policy will cover. Suddenly, you’re left high and dry with no way to pay your medical bills, recover lost wages or any of the other damages you’ve suffered.

There is, however, a means by which you can cover that difference. Unfortunately, all too few people carry this kind of security on their insurance policy. Explore the reasons why it’s important to carry underinsured motorist coverage, how it helps pay damages, and why you need a Charlotte car accident lawyer.

What Is Underinsured Motorist Coverage?

Underinsured coverage is additional coverage on your insurance policy that exists specifically to help make up some of the difference when you get into an accident with a person whose insurance won’t cover the damages. Insurance policy maximums are one of the most important limits on how much you can recover from an accident.

Consider, for example, that you’re in a catastrophic accident that leaves you out of work for years, with serious emotional trauma, damages to your personal relationships, and years of lost earnings on top of mounting medical bills. You might get a settlement from the courts amounting to over a million dollars.

Unfortunately, the defendant’s insurance policy only covers up to $300,000. Technically the defendant still owes you the rest of your settlement, but if they don’t have the money to pay it, you probably won’t see it. If you have underinsured motorist coverage, it can kick in to cover some of that lost award.

There are a number of limits placed on how much underinsured motorist coverage you can carry. First, it cannot be greater than the limits of your primary coverage. Thus, if your policy covers you for up to $500,000, you can only carry $500,000 worth of underinsured coverage.

Second, underinsured motorist coverage will cover only up to the total limits offered—that is, the difference between the defendant’s policy and your coverage. For example, in the above accident with a million-dollar settlement, let’s say you have $500,000 underinsured coverage. If the defendant’s policy covers $300,000, your coverage would kick in up to its maximum, so you’d get an additional $200,000 for a final total of $500,000.

Of course, as unfortunate as it is, insurance never works the way it should. Providers don’t make money by paying money, so they’ll often go to great lengths to avoid paying the full amount you deserve. Having an attorney in your corner is your best bet to negotiate with insurance companies and get the maximum value for your settlement.

For many years, people in need of a Charlotte Car accident lawyer have turned to Schwaba Law Firm for help getting the settlement to which they’re entitled under the law. If you find yourself in this situation, give us a call for a free consultation to learn how we can help your case.